Click the image below to listen to the interview 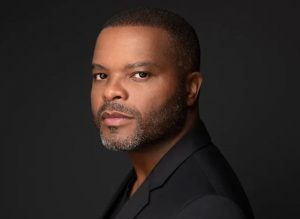 Raised on the south side of Chicago, in poverty by a single mother
with no education, deserted by a father who was likely an
undiagnosed bi-polar schizophrenic, and tightly controlled by an
extreme fundamentalist religion that allowed no personal freedom
whatsoever, including getting a college education or playing sports,
Aaron ultimately defied those expectations of failure.
In fact, he succeeded spectacularly! With no college education,
beginning in his low twenties, he became a hugely successful
corporate enterprise software salesman, making millions of dollars
for his employers and himself, climbing from company to company
until he was honoured with the prestigious “Best of IBM” award
bestowed on only 1% of the company’s 400,000 employees. Along
the way, he also earned an MBA (without an undergraduate
degree!)

How did he do it?

With joy and empathy.
Joy because Aaron tuned into his inner voice that guided him to
focus on work that he enjoyed and also leveraged his natural gifts
despite environmental and societal pressure that suggested
otherwise and also courageously leaving behind family and
restrictive paradigms, regardless of the costs. And empathy
because he worked extremely hard to ‘walk in the shoes’ of the
people personally impacted by company-wide systems to ensure everyone’s needs were satisfied, not
just the senior executives to which he sold those systems. He cared and it showed in his results.
After many years of solving problems on the corporate train, Aaron realized that what was most fulfilling –
– and the very fuel to his success personally and in business — was a reverence for the power of
personal introspection and the universal wisdom right before us all. It was time to step out and share it
with those seeking more fulfillment and success in career, love, relationships and personal power.

In his new book Unbounded, Journey to Your Within, Aaron takes readers through their own past
experiences to unequivocally prove their latent power and also identify and use their North Star—Joy—
for every decision and endeavor to create satisfying work, successful love relationships, and awaken
their inner power. It is a potent book of personal responsibility—from a man who stepped into his at a young age 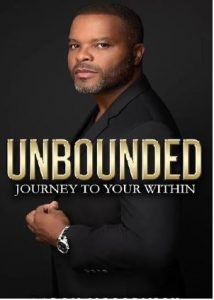 Listen to the podcast here

Link to The Book – Unbounded  Journey to your within

With hypnosis we can go back and locate the origin of a negative feeling that may be the cause of a problem his/her current age. Sometimes the client knows about the event and sometimes he/she does not. The subconscious mind can sometimes decide to block the memory. And sometimes for the adult the event at a young age does not seem significant in terms of being related to the problem, because from the point of view of the adult it is a minor thing. However, the 3 or 4-year-old might live the negative event every day deep his-/herself and it can be strengthened by subsequent events to a point that the person is suffering from a fear, phobia, depression burn-out or something else.
In this regard C. Jung said that what we don’t allow to become conscious in our life, will become by itself our fate.