This is her story of a woman trying to find herself by going to Nepal and being discovered by the untouchables. Lost kids on the streets. Without hesitation she starts the work to build the Happy Children Orphanage – HappyChildren www.happy-children.de.

Gabi Laszinger was born in poverty in the former Yugoslavia, her parents came to Germany as guest workers and she wanted nothing more than to be successful. As a very young mother forced to stand on her own at an early age, her future looked bleak at first. However, she did not allow herself to be beaten, worked hard, graduated from high school and studied the special field of mentalism in Cologne and later in England.

Since 1991 she is a self-employed coach / counselor, trainer, speaker in Germany and Switzerland with workshops in Germany, Switzerland, England, Finland, Hungary and Nepal. Since 1996 she has been organizing exceptional self-retreating trips to places of strength with up to 80 participants. In Switzerland, in the 1990s, it became known as the “insider tip” for intuition, inspiration, personality and inner strength. Even today, people from the scene talk about it!

She continued her education internationally with the best hypnotherapist, became a hypnosis coach and is on the tight circle of Tony Robbins. This was followed by training and co-authoring with celebrities such as international hit author Jack Canfield .

In 2010 she received the Federal Cross of Merit for her work in Nepal. She has been a keynote speaker since 2018, for example in the summer of 2019 in front of the UN. Gabi Laszinger has learned a lot from spiritual masters in India, Nepal, Tibet and the Philippines.

She has one son, two wonderful grandchildren and is the mother of more than 200 children in her children’s homes in Nepal (Happy Children eV). 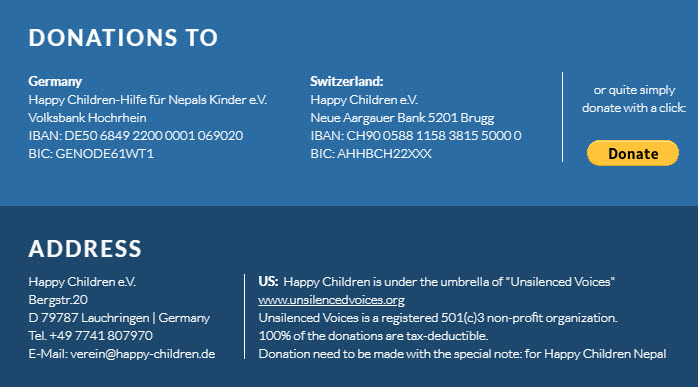