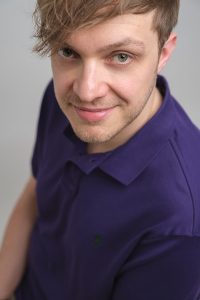 Wednesday Oct 2nd at 11.00 am PSD – then everywhere you get your favorite Podcast – including of course on Voice America podcasts – click image to hear the podcast

Stin-Niels Musche has been working on hypnosis since 2009. It had been around him since his first own hypnosis session. He has realized what a wonderful hypnosis tool to help people quickly and sustainably.

Stin-Niels Musche has been working in adult education since 2010. In recent years, he has inspired over 2000 seminar participants. And completed well over 500 event days.

He still benefits today from the many sessions during which he gave Norbert Preetz was allowed to look over his shoulder. Dr. Norbert Preetz was the one who infected him with the “hypnosis virus”. His mentor and instructor. Together you have given many seminars on the topics of fears, blockades, self-help and personality development. 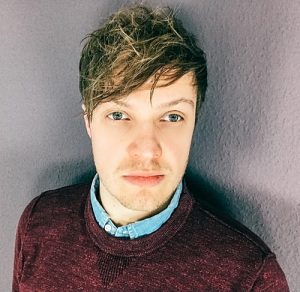 Much of what Stin-Niels Musche uses in his hypnosis sessions, and also teaches his classmates today, he has directly with the hypnosis greats of the world, such as Ines Simpson, Gerald No, Larry Elman, Ron Eßlinger, James Ramey and Dr. Norbert Preetz learned.

In November 2012, he was one of four award winners at the international hypnosis congress in Zurich. He received an award for his work so far, as well as for the support he gave and gives to other hypnotists.

Since April 2014, Stin-Niels Musche has been training psychotherapists, doctors, naturopaths, coaches and people who want to learn hypnosis and / or hypnotherapy.

As a result, the Hypno School was founded in April 2017 to provide training in hypnosis and hypnotherapy.