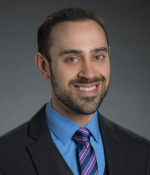 Jason Linett is the host of the Work Smart Hypnosis Podcast, a program which has been downloaded more than 200,000 times worldwide. He has been called “the guy who makes other hypnotists more successful.”

He operates “Virginia Hypnosis,” a leading hypnosis practice located in Alexandria, Virginia. His specialties are helping clients release fears, addictions, and empowering peak performance abilities. As an instructor of hypnosis, his trainings have helped hundreds of people around the world launch their own successful hypnosis businesses.

Jason is the recipient of the 2013 “Ormond McGill Chair” from the National Guild of Hypnotists and the 2017 “Hypnotist of the Year” from the Mid-America Hypnosis Conference. In 2017, Jason was the keynote speaker at nearly every major North American hypnosis convention.

This week – my interview with Master Hypnotist and Marketer – Jason Linett. Catch it Live here at 11.00 am Pacific  Wed 21st. Or after 2 pm on your favorite podcast channel or app

You can find Jason at his Hypnosis Training Center in Virginia – https://virginiahypnosis.com/

This Site Will Make You More Profitable in Your Hypnosis Business and More Effective with Your Skills!

This site is the hub of Jason’s  hypnosis podcast, blog, and a melting pot of resources to help you to take action, grow your skills, and run a hypnosis business in the 21st century.

There are dozens of scripts, resources, downloads, and interviews with some of the top names in hypnosis. There’s a ton of great content ready for you to take action.

Link to episode 1- The beginning

Link to episode 2- Bob Burns and the Swan Technique

Link to episode 5 - The Patient Whisperers